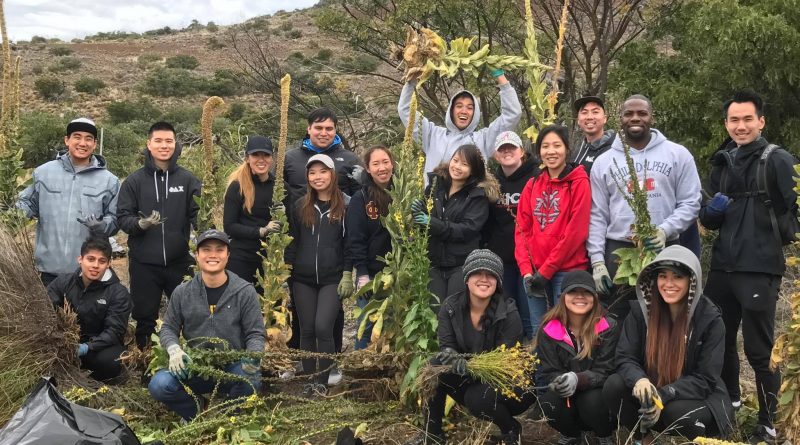 Mauna Kea is mainly known for the observatory and many telescopes on its peak. But because of its elevation and geographic isolation, Mauna Kea has one of the greatest diversity of ecosystems in the world. The slopes consist of icy tundras to tropical forests each inhabited by species not found anywhere else in the world. Species such the Hawaiian honeycreeper the Palila found in areas as high as 10,000 feet elevation; as well as the Wekiu bug that evolved to survive in the harsh cold and dry peaks of Mauna Kea. Unfortunately, invasive species have been introduced over the years as visitors frequent the area. These species destroy much of the natural habitat, thus pushing the native species close to extinction. We worked with the Office of Mauna Kea Management to help clear as many invasive plants possible with the allotted time time. There were many organizations from the school but, PDC had the most volunteers! Overall were able to fill over 20 large trash bags of various invasive plants.