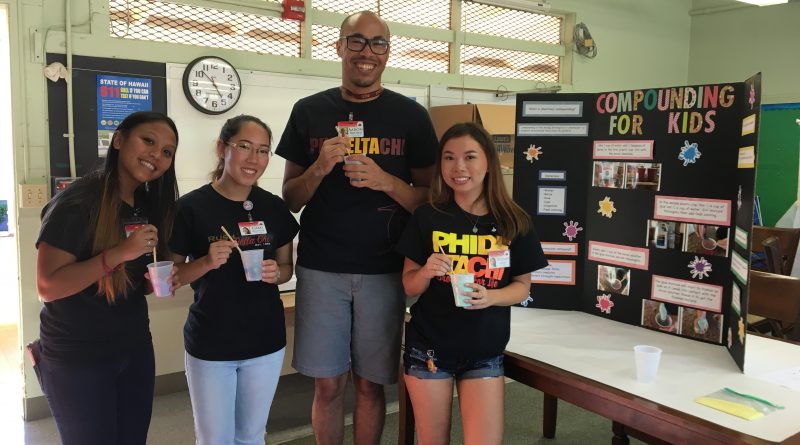 The event was compounding for kids with silly putty. We were directed to set up in a classroom at the elementary school. From there we set up the display board showcasing how to make the silly putty and then started to prepare the solutions to make the silly putty. We first made the borax and water solution into a jug. Then we made the glue and water solution into another drug. We decided to also make sample color silly putty for the children. We set the samples in front of the display board and we also set up a station to make the silly putty. After the opening ceremony of the Blue Zones event, children and parents started to flow in. We were told by parents that this attraction was the most popular and we estimated that about 70 people, parents and children stopped by. It was a successful event and it was an amazing feeling to the smiles on the children’s faces when their silly putty formed.